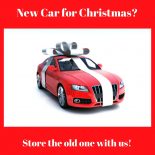 Whether it's a new car or just new clothes for the kids, after Christmas storage is almost always a necessity. But if Santa broke the bank coming up with all those presents, how can you afford to store the old stuff? 422 Spacemall Storage has affordable options for storing your stuff! We get that money's tight as you start wondering what the new tax plan means for you and you have all those … END_OF_DOCUMENT_TOKEN_TO_BE_REPLACED 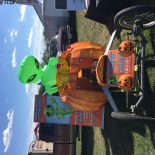 Have you seen our big green alien on the billboard on 422? Whether he's waving hello or pointing out that we have indoor car storage, our big green alien is a friendly reminder that when you're out of space, Spacemall can help! But what you might not know is that our alien drives a pumpkin car! He'll be taking the car, and a lot of his little alien buddies to the Phoenixville Pumpkinfest this … END_OF_DOCUMENT_TOKEN_TO_BE_REPLACED

Depending on the size of your boat, winterizing it every fall and then getting the antifreeze drained and the engine primed to go again in the spring can cost you hundreds or even thousands of dollars. Sick of fighting shrink wrap or losing your boat early in the season so you know you have a winterizing appointment? We can help you change that! In addition to making rooms for classic cars and … END_OF_DOCUMENT_TOKEN_TO_BE_REPLACED

With the largest mass evacuation in American history taking place, one of the most encouraging things to see ahead of Hurricane Irma is how various organizations are coming together to make the evacuation easier on their friends and neighbors. Evacuating Florida, or elsewhere on the southern East Coast to avoid the super storm as she comes ashore? Don't worry about finding a camping spot. … END_OF_DOCUMENT_TOKEN_TO_BE_REPLACED

One of the mot interesting things about getting ready for the Hershey RV Show has been deciding what we wanted to put in the gift basket we are giving away Monday night. Technically, the gift basket (see a picture of it here) isn't actually part of the RV show. On Monday night before the show kicks off, the PRVCA is having it's annual membership meeting and fundraiser. The PRVCA hosts the Hershey … END_OF_DOCUMENT_TOKEN_TO_BE_REPLACED 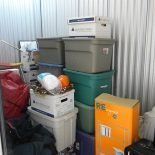 Remember the debate about paper and plastic in terms of grocery bags? The debate rages on in storage and moving with paper actually being cardboard and plastic being plastic totes. Which one is better for moving and storage? Here are some facts and factors that should help you decide which is better for you personally. Like grocery bags, the rights answer is not necessarily … END_OF_DOCUMENT_TOKEN_TO_BE_REPLACED 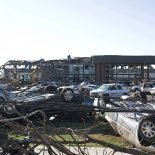 As the country is gripped by images of the flooding in Houston from Hurricane Harvey and trying to come up with the best ways to aid our friends and neighbors there, evaluating your own preparation for a natural disaster is timely and appropriate. Here at Spacemall Storage in Oaks, we're lucky enough to sit on a ridge and probably not in any immediate danger of flooding. But if you aren't … END_OF_DOCUMENT_TOKEN_TO_BE_REPLACED

Like many Pennsylvania communities, Phoenixville loves its First Fridays. Officially, the party along Bridge Street starts at 6 p.m. and wraps up at 10 p.m., but many of the pubs and eateries along Bridge keep the party going even longer. So what can you expect at First Friday? Music Splintered Sunlight, a rock staple in the Philly area for the last 30 years is playing this weekend. Sometimes … END_OF_DOCUMENT_TOKEN_TO_BE_REPLACED

As a storage manager, one of the worst things I ever have to do is auction a storage unit. It always means the facility is losing money, because no one ever pays as much for your stuff as you would, and it means that someone is losing their stuff. And it's heart-breaking But it is even worse when the person whose stuff was sold comes back a few months later and asks about the things they lost and … END_OF_DOCUMENT_TOKEN_TO_BE_REPLACED 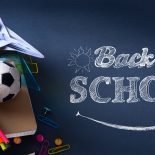 For 2017, the solar eclipse visible across most of the country represented the last hurrah of summer as students and parents prepared to head back to school. Some of the teachers I know are already back in the classroom. So did you put storage on your back to school shopping list? You didn't? I know your children's teachers probably didn't remember it, but you might want to think about … END_OF_DOCUMENT_TOKEN_TO_BE_REPLACED